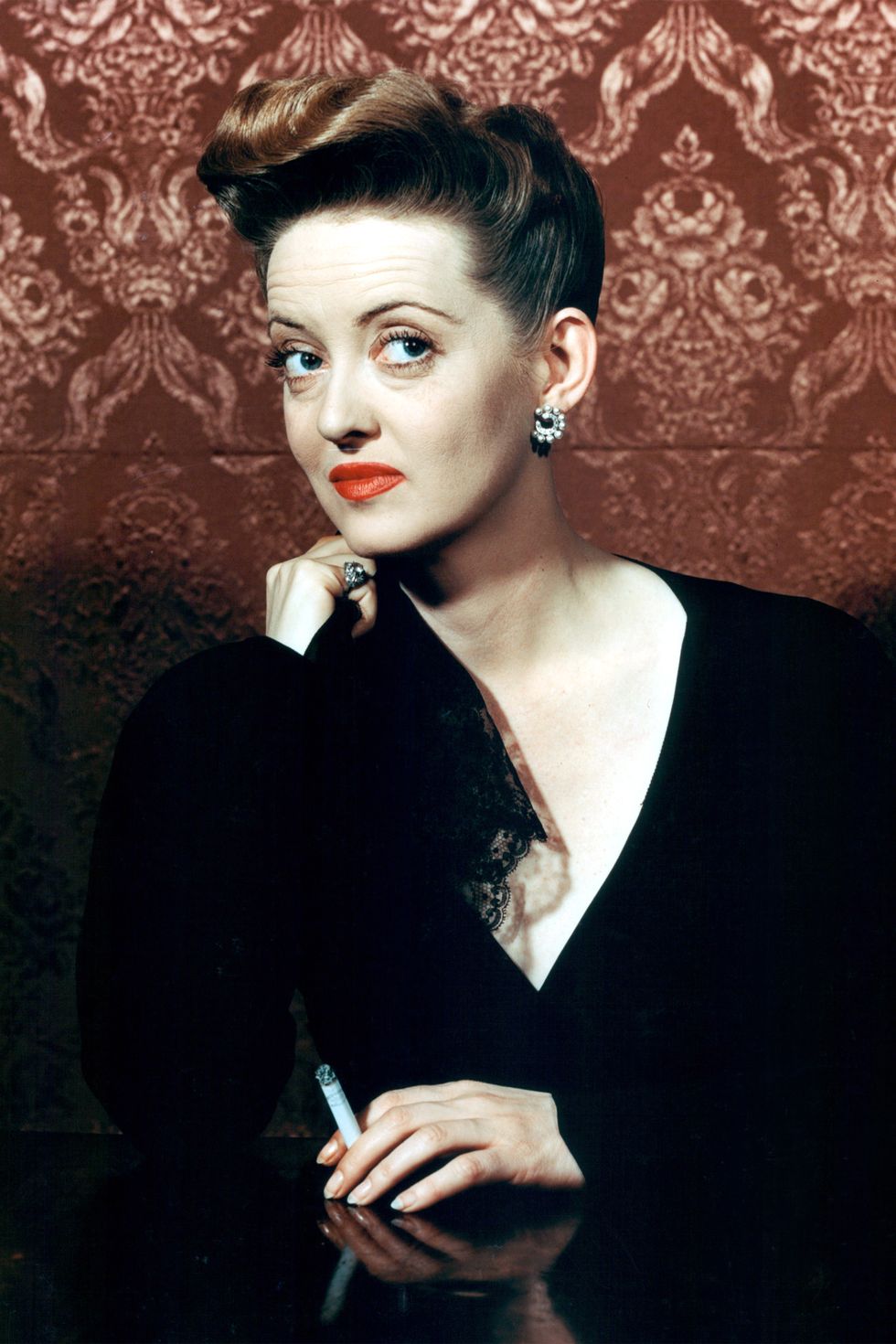 Ruth Elizabeth “Bette” Davis was so legendary, Kim Carnes had a #1 hit about her friggin’ eyeballs in 1981.

Davis worked for six decades in Hollywood, racking up 100 acting credits, ten Academy Award® nominations, and two statues (She claimed she named the trophy ‘Oscar’ after her husband’s posterior. The Academy does not agree). On screen, Davis was commanding, mesmerizing, a smoldering talent, a former ingenue who became more than willing to take on unsympathetic, worldly, damaged, or outright villainous characters, not only making them wholly her own – she made them unforgettable.

Offscreen, Davis was equally forthright, idiosyncratic, strong-willed, and fought battles on set and in court, shaping her career on her own terms. “Until you’re known in my profession as a monster, you are not a star”, she said, “[but] I’ve never fought for anything in a treacherous way. I’ve never fought for anything but the good of the film.” In 1977, she was the first woman awarded the American Film Institute’s Lifetime Achievement Award.

In her spare time, she successfully incorporated beets into corned beef hash.

Chop all ingredients and combine in a large bowl. Season to taste and moisten mixture with cream. Place in a hot buttered skillet. Stir and spread evenly in pan. Brown slowly over medium heat. Serve with poached eggs on top.

Since we’re all feeling a bit ‘shut in’ lately, our film suggestion to enjoy with Ms. Davis’ Red Flannel Hash is the 1962 psycho-biddy thriller What Ever Happened to Baby Jane? This cult-ish classic pairs Davis with her (rumored) nemesis Joan Crawford, both Tinseltown icons of a certain age who turned in tour-de-force performances as sisters and bitter rivals holed up in a ramshackle Hollywood mansion, slowly driving each other to the brink of insanity. A campy “emotional toboggan ride” (Variety), Baby Jane resurrected both stars’ careers and remains the only time these legends shared the screen.

What Ever Happened to Baby Jane? can be viewed on YouTube, Google Play, Amazon Prime, Vudu, and Hulu